Home Energy Think You Have What It Takes To Use A Wind Turbine Like...

Bringing Renewable Energy To Our Homes Is A Tough Job But Have You Ever Wondered Just How Difficult It Must Be When You Use Wind Turbines Far Out At Sea As Bus Stops And Helicopters As Buses?

There are a great many things most people never actually think about. In fact there are more things we don’t know, or don’t want to know, than we actually do!

For example, when was the last time you wondered any of these things:

Why do we use the word ‘apartments’, when they are actually not ‘apart’, but all together in the same building?

How do the guys who need to replace the ‘Keep Off The Grass’ signs, actually get to do their job without breaking the rule they are trying to enforce? 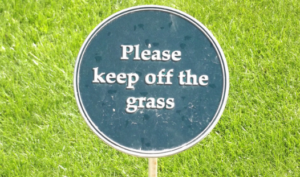 And finally, when was the last time you thought about the rather amazing fact that the UK has more tornadoes per square mile than the United States!

For most people, one of the ‘never thought about it’ things that is right up there is:

’How does a wind engineer/technician remove themselves, plus their kit, from an offshore wind turbine when the sea has become too choppy to use a sea vessel?

And then, once you think about the answer, you finally understand why these guys and gals are made of slightly tougher stuff than the rest of us. They either sit and wait out the storm in a great big tin can located, essentially,  in the middle of a blustery sea or, far more likely, they jump on a helicopter.

This simple, but mesmerising, film by Siemens employee Samuel Hawkins shows the real world, almost everyday, process of getting off a wind turbine by helicopter on a windy November day when the wind speeds varied between 15 and 20 metres per second, equivalent to 33 to 45 miles per hour.

The job takes pilots and winch operators with steady nerve, engineers and technicians with proper safety training, and a whole lot of balls.

HUET….for many, as awful to complete as it’s abbreviation sounds

Just to be in the position to wait on top of a wind turbine in a rough sea as though it was a bus stop you will already have had to do a whole lot of training, which, in this case, includes Tower Rescue Up and Helicopter Hoist Operator Training, plus the dreaded HUET. Which for many, is as awful to complete as it’s abbreviation sounds. For those unfamiliar with HUET, it stands for Helicopter Underwater Evacuation Training, which to undertake, will see you launched underwater in a capsule until you know how to safely get out of a downed and submerged helicopter in rough seas before drowning.

So, as wind power and renewable energy moves further out to sea and into other wilds of the Earth, we now see an industry that will ultimately be doing more dangerous tasks in more perilous environments than ever before to bring us energy that won’t kill the planet.

And don’t it look cool just how mundanely we seem to overcome these challenges!